Saling & renting of construction equipment and tools = Quality and services for your success:

Business hours
We deliver packages to ...

Sitemap (categories) About us Story of the company

Story of the company

More than 40 years of competence and experience

1973   On April 03, 1973 Klaus Höfer, the father of the now company owner Michael Höfer, founds together with another partner a company in Essen, who sells and repairs construction machines. The first shop is located in the backyard of a laundry in Essen-West on Düsseldorfer Straße. Klaus Höfer describes himself as a commercial grandson of the company Leo Ross, known in the 1960s, and thus, together with other employees from the industry, has had many years of experience and know-how from the outset. Already as a child the son Michael Höfer helps during the school holidays in the store.

1974   The family enterprise "Hoefer" becomes one of the first PFT-dealers in Germany. From Essen customers are supplied with the PFT technology in an area of 50 km radius (Ruhrgebiet and beyond).

1980    The company now has 15 employees in Essen. A mobile repair service with several vehicles is available in the Ruhr area and beyond. The core business areas are: PFT, crane rental, compressor and compressed air technology, construction of the rental park.

1983   After the death of the other company founder, Klaus Höfer takes over his shares and becomes the sole shareholder. In these times of crisis, he is supported by the active cooperation of his son Michael, who, in addition to his studying, is active in the organization and innovation of the family business.

1984   After a successful consolidation and reduction, the company concentrates on the rental of compressors and accessories. The personnel and capital intensive crane and container business is abandoned; Instead, a specialization on large compressors for the industry and on the PFT technology, as well as on a recommendation from Michael Höfer a sales department of tools for plastering and interior construction.

1990   After the opening of the border in April, still during the GDR, the establishment of a branch office by Michael Höfer takes place in the New Federal States.

1992   Purchase and construction of a company site in Barchfeld / Thuringia in the commercial area  Am Eisberg by the newly founded HÖFER Baugerätehandel GmbH & Co. KG

1999   Death of the company founder Klaus Höfer, whose wife officially took over the management of the family business in Essen.

2000   Michael Höfer returned to the Ruhr area and after managing his own company in the New Federal States, he took over the management of the operative business of the family business. Apart from his many years of professional competence, he also brings the assets of his company to Essen.

2008    For family reasons, a restructuring with the re-activation of the company of Michael Höfer, established since 1992, takes place under the name CTM & M BAUTEC HÖFER KG. In addition to the existing lines of PFT technology, service and equipment rental, the classic construction equipment trade (sales) is resumed and the warehouse expanded. BAUTEC HÖFER KG invests particularly in the diversification of the offer in the rental park, so the attractiveness of the range is of interest to many new customers.

2009   At the same time, an informative internet presence of BAUTEC HOEFER will be available with a selected online shop.

2010   Due to their strong commitment, the company BAUTEC HOEFER has been awarded the status of a PFT premium partner. 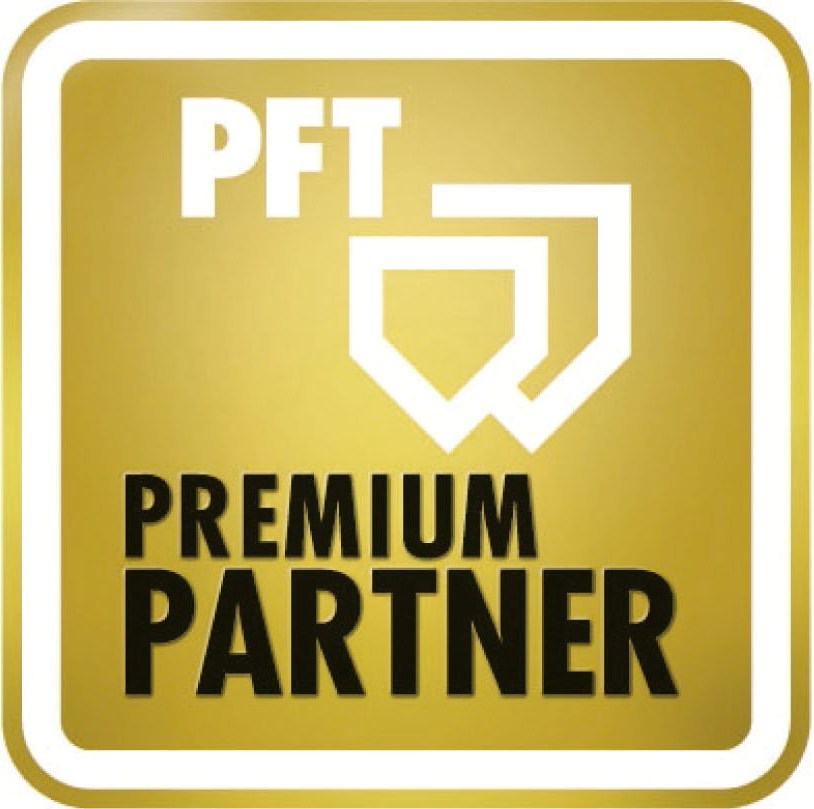 2012   With an average of 20,000 visitors per month (of which more than 4,000 international users), the now six-language RuhrBauShop is one of the most popular e-shops in the core areas of PFT accessories, NORTON-CLIPPER spare parts and KIP adhesive tapes.

2014-2015   Conversion and expansion of warehouse capacities at the Essen location - 30% more sales area ensure an even more customer-oriented product presentation. With the intensive marketing of FLEX products, another high-quality supplier of innovative quality products for the customer and product portfolio will be won.

2016   Restructuring of the company's activities - split into two separate divisions: As of January 1, 2016, the system- and service-intensive rental fleet will be transferred to an independent company, BAUTEC HÖFER GmbH. The former limited partnership is dissolved and the sales activities are continued as a single company BAUTEC HÖFER - RuhrBauShop - with progressive increases in sales.